The 60th Anniversary of the Hiroshima Maidens Project 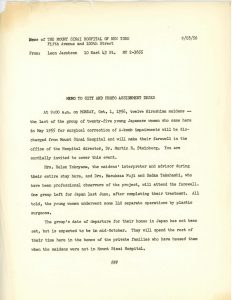