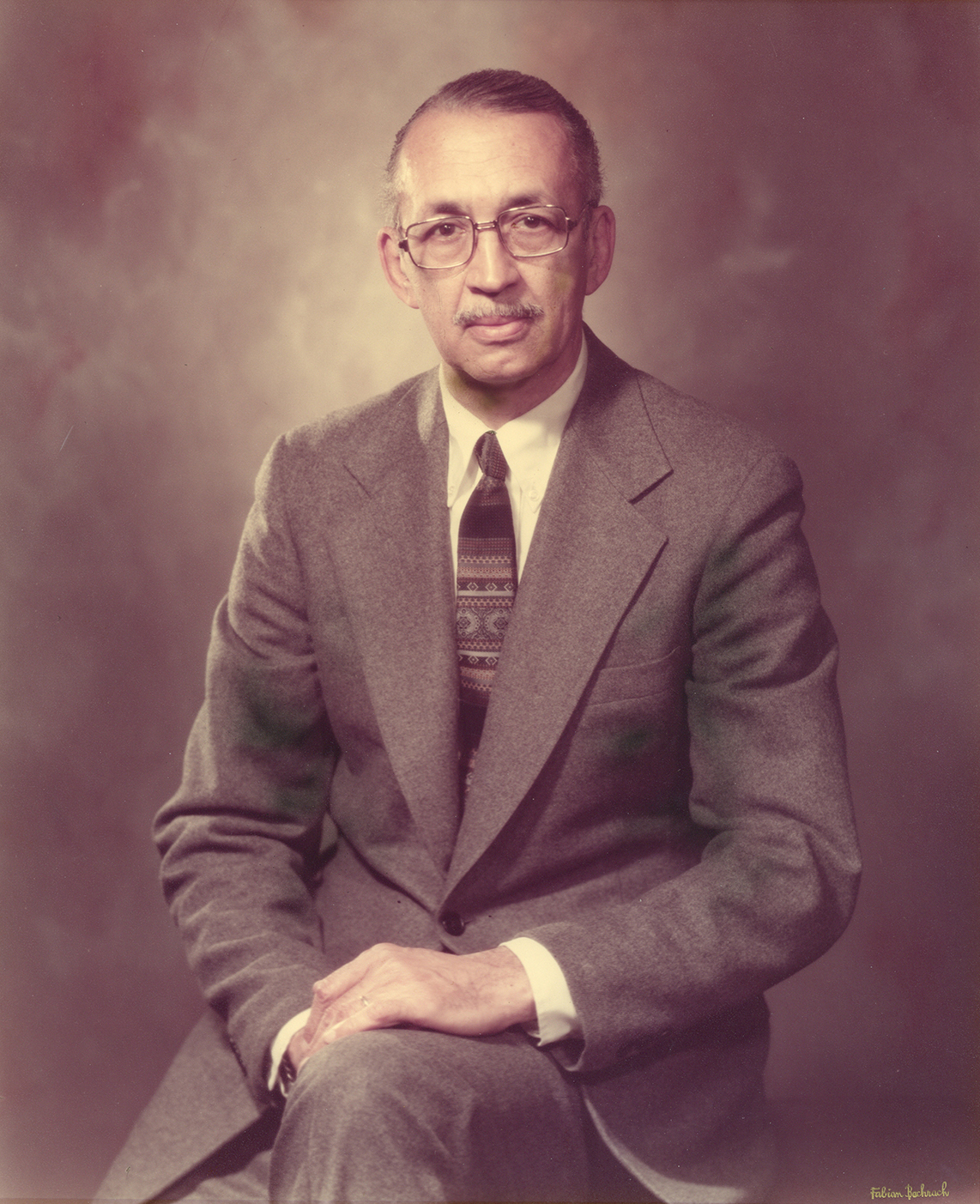 To celebrate Black History Month, we would like to bring William Johnson Trent, Jr. (1910-1993), to your attention. Trent was the first African-American elected to the Board of Trustees of St. Luke’s Hospital. He was an active member of the Board from 1965 to 1977 and served four years as the Board’s President from 1970 – 1974. He remained a concerned Honorary Trustee from the time of his resignation until his death from cardiac arrest in November, 1993.

Trent was born in North Carolina and raised in Atlanta, Georgia. He attended a private high school and graduated from Livingstone College in 1930. He went on to earn an MBA from the Wharton School, followed by graduate work in economics at the University of Chicago. Afterwards, he returned to North Carolina and taught for two years at Livingstone College and later at Bennet College, where he was also an Acting Dean for a year.

He was the son of an early organizer of the National Association for the Advancement of Colored People (NAACP). Trent, Sr.’s civil rights activism seems to have been passed down to Trent, Jr., who served as Adviser on Negro Affairs to the Secretary of the Interior Harold L. Ickes between 1939 and 1946, and played a part in desegregating national park facilities. Later he held the position of Race Relations Officer in the Federal Works Agency. President Franklin Delano Roosevelt invited Trent to be a part of an informal group of African-Americans, casually called the “Black Cabinet,” who served as public policy advisers to Roosevelt and his wife during Roosevelt’s administration.

Joining with Tuskegee Institute president Frederick D. Patterson, and educator and civil rights activist Mary McLeod Bethune, Trent was co-founder and Executive Director of the United Negro College Fund from its, start in 1944 until he left 1964, raising $78 million to support private black colleges and universities.

During the time Mr. Trent was on the St. Luke’s Board he was an Assistant Personnel Director, involved in training and personnel development at Time, Inc., retiring in 1975. He was also on the boards of the National Social Welfare Assembly of New York City, the African-American Institute, the New Rochelle Council for Unity, the Child Study Association of American, and Livingstone College. He served on the College Housing Advisory Committee, Housing and Home Finance Agency, the Advisory Committee on Governmental Operations for the City of New Rochelle and was on the Steering Committee of the African Scholarship Program of American Universities, Cambridge, Mass., and the Personnel Committee of International House, a Morningside Heights neighbor.

While Trent was a strong advocate for African-American causes, he had the ability to bring people of all color together to work for a worthy cause, which may have been what drew his nomination to the Board of Trustees at St. Luke’s Hospital and made him a beloved, and honored member of it.