Mount Sinai Beth Israel and the 1918 Influenza Epidemic – An Update

In a previous blog post, we looked at Beth Israel Hospital’s role in the 1918 Influenza Epidemic. Since then, we’ve done further research into the World War I correspondence in the Beth Israel records, as well as the Beth Israel Board of Directors and Committee minutes, which both provided rich details to supplement this history.

In early March 1918, influenza had reached New York. By March 25, 1918, an unknown correspondent (likely Louis J. Frank, Beth Israel Hospital superintendent) wrote that there was “quite an epidemic in the City of Grippe,” referring to New York City as literally the “City of the Flu”. As World War I continued on, many Beth Israel workers had joined the war effort, and their correspondence with the hospital describes the epidemic on the front lines. The first wave of the flu was relatively mild, and on May 13, 1918, Dr. Alfred A. Schwartz of the American Expeditionary Force, reported as much from France:

“I have been appointed Otolaryngologist to the contagious disease wards at the camp hospital and altho [sic] the title sounds like work, there must first be complications to the infectious diseases, and secondly…there must be some patients to have the diseases, and fortunately there is little to do.” As the second, more deadly wave swept the world, the topic of influenza became more pressing in the correspondence, and was increasingly addressed in the Board minutes. In the November 17, 1918, minutes, the Board noted that back on the home front in New York, Beth Israel attended to “50 to 60 cases of Influenza a day during the height of the epidemic and…our records of cures was high, and our record of deaths was very low.” This is a significant deviation from the previous blog post, which stated that only twenty-nine patients total were treated during the epidemic at Beth Israel. Sources conflict on this point.

Staffing was amongst the most pressing issues at this time – with much of the medical staff overseas, Louis J. Frank, himself recovering from the flu, commented in a letter from October 23, 1918: “Our whole force is gone. If you were to come back today, you wouldn’t find a familiar face…From a house staff of 15 we have been reduced to a staff of five, and of the five, three have been laid up on account of influenza.” He goes on to describe the issue of hiring enough nurses, which was making him “frantic.” Superintendent Frank was a proponent of the conscription of women, “especially those women who have the vote,” to counteract staffing shortages in nursing in the war and at home.

The Board of Directors’ minutes reflect similar staffing concerns. The minutes for November 17, 1918, stated: “During the epidemic the Surgical Staff consisted of one man, the others became infected with the disease. On the Medical side we only had two men, the others also sick.” This appears to have resulted in redeployment of other clinical workers, and the Board resolved on “the discontinuance of the work of the Polio Department on account of the epidemic of Influenza and Pneumonia to release the doctors and nurses connected with the clinic for the more important work.” The minutes also noted that the “pupil nurses” from Beth Israel Training School for Nurses (today’s Phillips School of Nursing at MSBI) “after their day’s work was over, did extra work in the district on these cases, spending an hour or two on emergency cases requiring special care.” 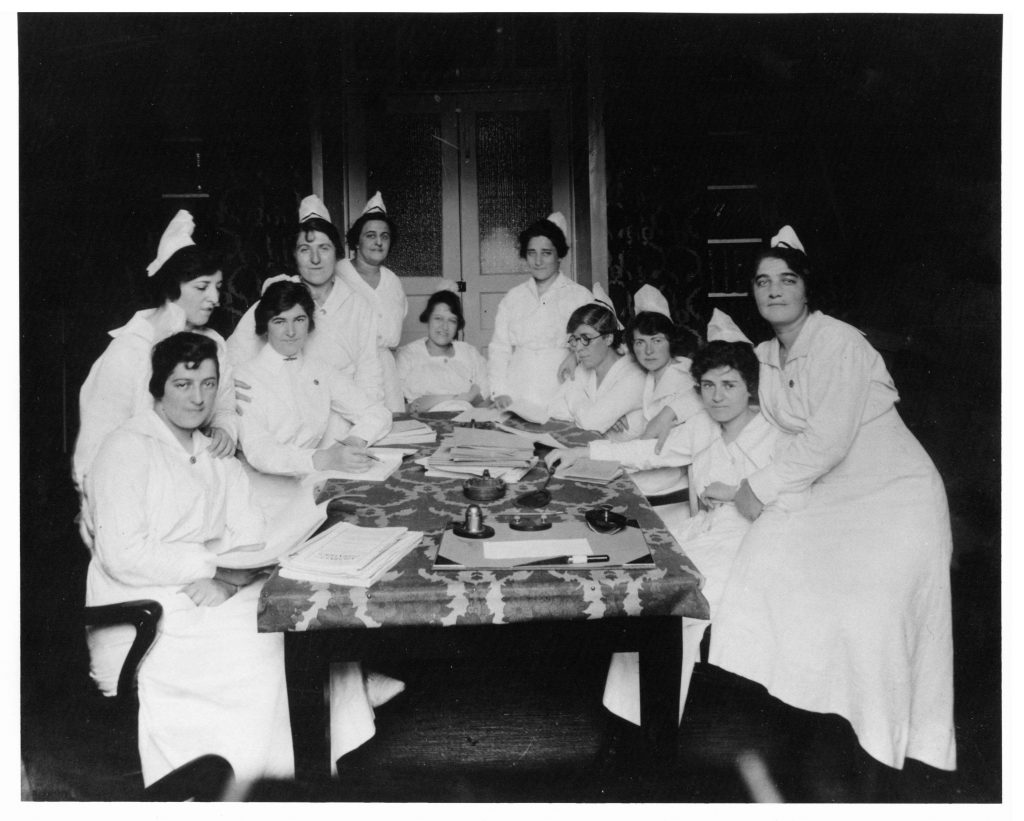 The close of 1918 marked a turning point. With the War over, and a dwindling number of cases following the peak of the second wave, the end was in sight. In a letter from November 27, 1918, Superintendent Frank wrote:

“Things are getting into shape at the Hospital. We were considerably upset on account of the War, shortage of help, doctors, nurses, the Influenza epidemic, and the general anxiety, but with victory came a relaxation and we are now awaiting the homecoming of you men who have done so much to achieve this victory.”

The Board also noted, grimly, on November 17, 1918, that Beth Israel was “the only Hospital [in New York City] that didn’t lose a nurse, a doctor, or an employee by death.” On January 19, 1919, the Board moved to give House Staff and pupil nurses bonuses for their contributions and made especial note of the nurses’ service: “pupil nurses…after their trying [work and school] day of 12 and many times 14 hours, went out in the tenement houses and did extra work for several hours. Of course, this work was not for patients of the Hospital, but it was nevertheless our work, for they were the poor sick of our neighborhood.”

On November 23, 1919, the Board made note of the U.S. Public Health Service’s prediction that the influenza epidemic would return. Fortunately, this never came to pass. By 1920, the virus mutated to cause only ordinary cases of the seasonal flu, and the epidemic was effectively over. 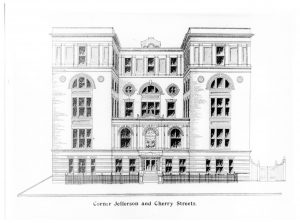 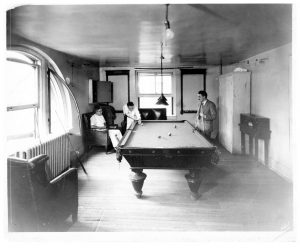 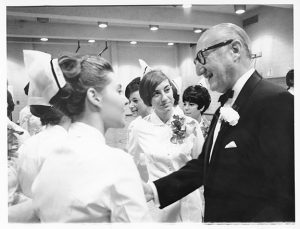